Happy Friday everyone! I’m so excited that we’ve made it around to the weekend again. It’s been a crazy past 2 weeks with the holidays, so I am MORE than ready for a normal weekend at home for a change.

For anyone that has ever been a runner or watched some long-distance races, you know what I’m talking about. Those huge, tacky, 4-8 bottle hydration belts that are basically fanny packs on crack. 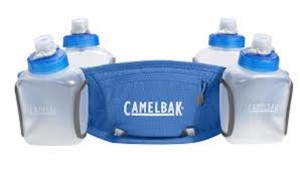 Yes, they are kinda a necessity for 26.2 miles, but no one looks good in that. And no one really wants to have all that business going on around their waist when there are already so many other things that have the potential to cause chafing. 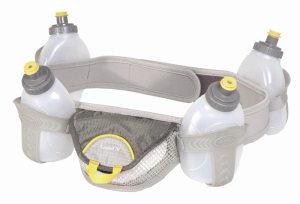 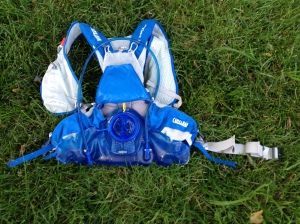 The backpack type is also a little too over the top for me. So I may just buy the awkward one and get a nice, thick dog to carry it for me. 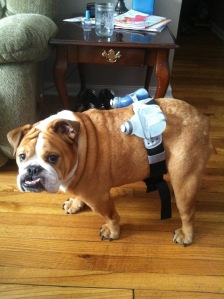 I’ve been avoiding buying one up to this point because I honestly just don’t want to wear it. My waist is so slim in comparison to my hips that I’m guaranteed to have a hard time keeping that sucker in place while I bounce up and down. Hence the reason I wear a wireless mic for Jazzercise and not the wired type that require a battery pack belt. It won’t stay in place!

I’ve come to terms with the fact that I will need one to get me by during my first marathon. There will be aid stations every mile but having a bottle with me at all times seems like a good idea. So I’m thinking about something fairly small like this: 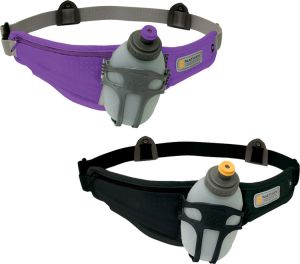 The purple one is pretty! I just want enough water to get my gels down between stations. Other than that, I can use the water and Gatorade on the course to keep me going.

Any suggestions from other runners out there? My runner friend, Heather, said she tried one but it leaked all over her. So I’m hoping I can get a nice, quality belt with a good bottle that I will just love (and that doesn’t leak!). And look super awesome wearing it too, of course.

Tomorrow’s long run would probably benefit from having a belt, but since I haven’t found one yet I love, I’ll just make a pit stop by my porch to get a good drink around the mid-way point. I’m shooting for 15 miles to set me on the right track for my full marathon training, but the sidewalks and side roads are still covered in snow and black ice. So if I can scope out some good/safe paths, I’ll be good to finish. If not, I’ll get as far as I can without getting stuck in the middle of a crowded road!

Have a great night and a great weekend everyone. See ya later!